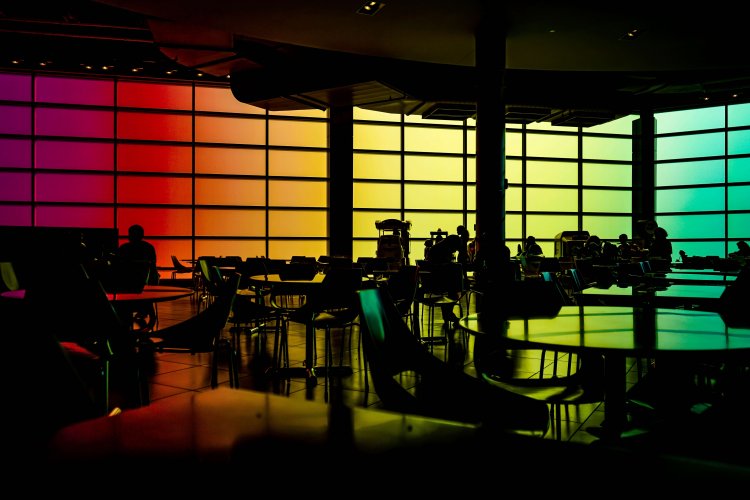 Mood lighting can have a drastic effect in your home.

Have you ever walked into your home or a room in it and felt like everything was kind of dull? Or maybe you have a futuristic house, but even with all the ornaments, the place feels sort of plain? Perhaps you’ve even a lot of redecorating, but still, it feels boring?

We sometimes take for granted what is always available to us and we sometimes overlook things that are extremely simple. What I mean is the lighting. It is the source that illuminates everything that’s inside a room. Once you flip the switch, or maybe you have a home automation tool for that, your attention is then driven towards objects and furnitures. Thereby altogether ignoring the light itself. Let’s explore!

Changing the light is both the simplest and most effective way of changing the ambiance of the room. It affects not only your day-to-day life but visitors for get-togethers as well. When it is effectively implemented, lighting can garner most, if not all, of the enthusiastic reactions. This makes a gathering more alive or a sentimental supper cozier.

With the wide range of options available to us homeowners, it can be easy to get lost in the choices; but, it is also possible to set any type of mood or scenery. You can choose from lamps, accent lights, LED lights, chandeliers, overhead lights, and etc. Once we’re through, we’ll definitely come across something for you!

Ah, LEDs. My personal favorite. If it were my house I was decorating, I’d stop considering anything else and just fill my space out with these. The LEDs are a futuristic interior design choice that I always love to bask in. Also, they contain no mercury and are mostly very recyclable.

LED is not a word, but rather, an acronym. It stands for Light Emitting Diode. One great advantage about LEDs is that they operate in low-power without any drawbacks to performance. And even with that low-power draw, LEDs convert 100% of it to light. This beats incandescents by about 90% since incandescent lights only convert about 10%.

The best thing about choosing LED lights for mood lighting is that LEDs are typically able to switch to almost all colors known to humanity. Also, they can be controlled in many ways. Via remote control, an old-fashioned light switch, or even by apps on your smartphone. Hey, you can even ask modern home products like Google Assistant or Amazon’s Alexa to do it for you!

Now for the moods!

Obviously, you do not set-up this theme in the kitchen unless you’re having a burger eating contest and that is what unhinges the party animal in you. But seriously though, it is as if LEDs were created for this very purpose. This is one of the many cool things to have in your room!

Most commercial LED bulbs and strips usually have a strobe feature. This gets especially exciting if you integrate it with smartphone apps. Play some music and set your LEDs in strobe and voila, you have a rave. Even better, some LEDs, like the Philips Hue, are capable of “dancing” with the beats and music of the room.

Turn off other lights in the room and let only the LEDs rule. We suggest a strobe of green, pink, blue, red, and even teal. This will undoubtedly get you and your visitors going. However, if you’re the host, careful not to get too carried away though! After all, planning a party in a way that you are actually capable of getting it done without panicking is vital. It’s not fun for anyone if the host is freaked out.

Ah, the sunset. One of life’s simplest and most appreciated joys. Isn’t it just calming and stress-relieving to watch? Now, imagine having that tone set up in your home or bedroom?

As mentioned before, LEDs have the capability of emulating almost all colors we know of. Thus, a warm yellow isn’t hard at all. Set up a few bulbs on the ceiling or even a few lamp posts. With the right kind of LED bulb, you can place it near the window and have your very own view. Really, imagination is the only bottleneck for this nifty little gadget.

We’ve gone through LEDs, sunsets, and parties. What else is there? Chandeliers and lamps, unlike LEDs, are inflexible. They function as intended but they are no slouch as well.

Chandeliers are very classy. Hence, if you are going for that look. It is hard to go wrong here. Just make sure that it is in an appropriate setting. They shine best in the living room or on the ceiling of your highest stairway.

Lamps, on the other hand, carry with it a multitude of functions. And with those functions, come varying types of moods.

Away to describe lava lamps is that they are the LEDs of the 70’s. You may have seen them being stereotypically used in sitcoms and movies with characters who are into psychedelics and afros.

A quote from www.energy.gov will tell us that —

“A halogen lamp is a type of incandescent lamp with a capsule that holds a special halogen gas composition around the heated filament to increase the efficacy of the incandescence.”

These are more commonly used by forensic experts. However, if you were to start a club or a party, this is right up your alley!

Though more commonly found as street signs than in our homes, that is quickly changing. There is a trend going on where neon lights are very much mood setters when placed at home. They give off that vintage vibe that is just pretty and useful in the room.

No matter which lighting you choose for your home, it’s best to plan ahead of time! Mood lighting is one of the best and cheapest investments you can make to brighten up your home, uplift your mood, and entertain guests at the same time.

Compared to home renovations and overhauls, these are most definitely a very low-cost way to enjoy your sanctuary. Maybe even check out a product from Philips called “Hue.” Though not as cheap as the rest, you can hardly go wrong with this choice.

Set that mood and rule the lights of your home! Happy decorating!

Photo by Drew Graham on Unsplash

Previous article 7 Plants You Should Plant In Perennial Hanging Baskets

Next article How To Hide Wires: Cable Raceway, Cord Covers, and More

Designing Your Patio: The 6 Best Types Of Stone To Choose

13 Beauty Room Ideas That You Can Incorporate Anytime!