Open Window: Choosing What Curtain Track Set Is Right For Your Home

The 5 Best Types of Inorganic Mulch

Perfecting the Look of Your Yard 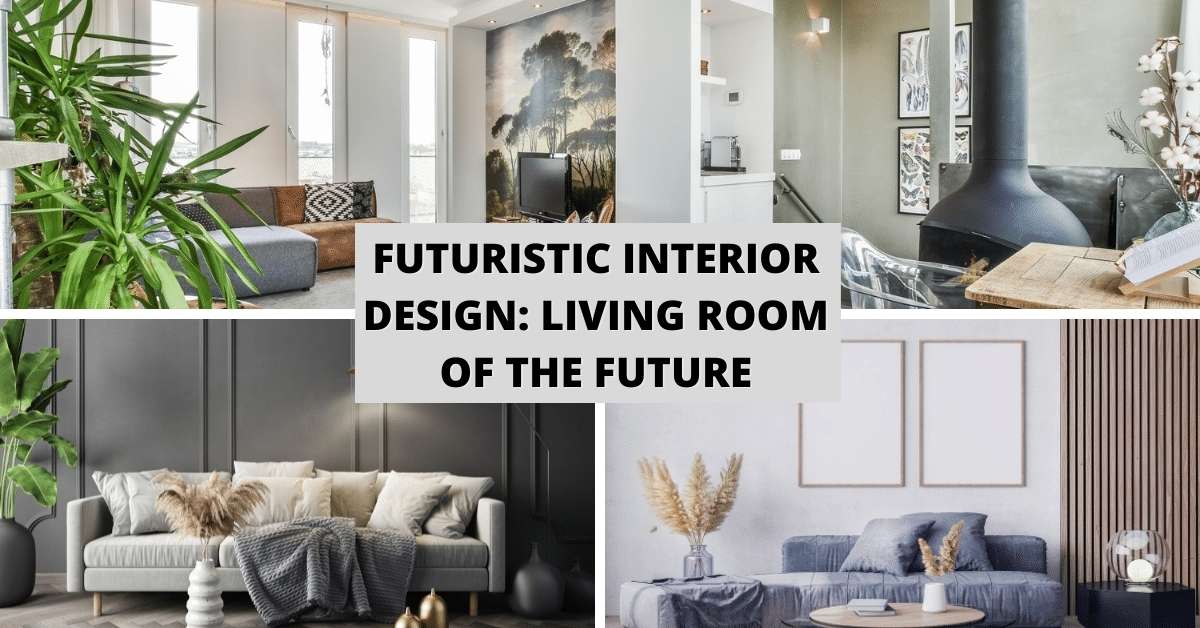 Futuristic interior design is.. well.. the future. But for us to really get into that cutting-edge vibe, let’s get to know what constitutes a modern living space.

Photo by DESIGNECOLOGIST on Unsplash

A futuristic living room is the realization of those spaces and decorations dreamt and talked about in science fiction novels and films. It is all about the advances in technical, technological, and scientific aspects. For it to be considered a “futuristic” living room, it must be integrated with the bleeding edge of tech.

We cannot talk about the future without talking about the latest advances in technology. Those two are almost synonymous. Thus, gadgets! This does include home electronics such as smart security and home automation, but those are just a piece of the pice.

For a futuristic living room to exist, we can’t just put in new decorations in it and call it a day. No. We do have to decorate it, but with gadgets. However, what is futurism? We can call it the symbol of man’s triumph over knowledge and prior ignorance.

So, what constitutes the “living room of the future?”

Give it a glossy metal finish and/or extraterrestrial geometric shapes and voila. Many times it’s not that simple but, most times, it does do the trick. And yes, indeed many futuristic houses apply those principles. But, those are for exteriors. Indoors, we need to get a little creative.

In restaurants and office apartments, it’s all about a combination glass, leather, plastic, and metal. Asymmetry of the corners, niches, lines, and walls and geometric shapes are all the rave. You can also try round window and door openings.

There is also a trend about sticking to primary colors to combat the rather dull and old-school look that brown and maroon give off. The best of which are silver, red, bright accents, black & white, grey, yellow, or light green. These principles also apply to your home.

Also, nothing says futuristic more than a giant flat-screen TV. However, on the other hand, nothing says old-school more than bulky cathode ray tube (CRT) TVs. So, pack up that old piece of junk and leave it on the driveway and get yourself a better viewing experience. “Like what?” you may ask. Well here are two of our suggestions.

What did we just say about bleeding edge? Just a few days ago, LG’s 88-inch 8K OLED TV was launched. This is the world’s first TV that displays in 8K resolution. Previously, 4K resolution was the highest in consumer-standard mass-produced televisions. To better understand that, 7680 x 4320 pixels are crammed into the 8K screens; in contrast to the 3840 x 2160 pixels in a 4K display.

It is common to misinterpret that and say that 8K is just 4K but twice the amount of pixels. This is erroneous. 8K actually has four times more pixels.

There were also a few 5k resolutions, but these were either not true 5k, or we’re mostly for enthusiasts and content creators.

Having one in your living room, or two if you really want to get into it, can be the centrepiece of the entire room. It is an imperial figure and the one that will most likely garner the reactions of on-lookers and visitors. Also, if you’d like choices, Samsung looks to be following up on the 8K trend.

The world’s first movie theatre came to actualization in the year 1895. It was The Berlin Wintergarten theatre, and it played a silent film by the Skladanowsky brothers. Nothing says old better than having the second number from the left of a year differ by more than 1 in contrast to the current year.

In comes the twentieth century. Why go to movie theatres when you can have one of your own? Now, most of us are going to have to choose between the 8K TV or this projector. Or you can have both if you really want to get into it. In our era, it’s not hard to avail of a 12-foot screen. All that’s required is the finances to afford it and the space to fit it.

To truly encapsulate the futuristic vibe in your living room, it should be fitted with as many as possible multifunctional home appliances that can, or are capable of, integrating with each other. What do we mean? Smart home hubs and their ecosystem of gadgets!

Fitting your living room with many smart gadgets, which integrate with each other, takes “talking” to a whole new level. Therefore, having a smart home hub which acts as the central “brain” for everything is essential. Here are a few of them and a device or two under its ecosystem that befits your living room.

Let’s just get this out of the way first. Obviously, with our on-going theme, we cannot go with wood. For other situations and ideas, wood does great. But, they give off a vibe similar to the aforementioned CRT TVs. Let’s look at what we can add to your living room and what kind of furniture matches our intent.

A tip on how to make your room awesome is by adding in chairs with leather upholstery, sofas, metal chairs, and tables. For tables, you can have one or more, depending on your taste and available space, but it should either be a glass, plastic, or metal and one with fancy shelves. Also, add in cabinets with house appliances built in them.

It’s going to be a blast!

From rummaging the depths of the internet doing product research to running around town to acquire each piece is, though tiresome, an adventure worth embarking upon. It’s building your space from the ground up and fitting it with the features you want. It’s both very technical yet exciting. What a time to be alive.

For more amazing ideas you can have, visit Guy About Home today or you can check the related blogs:

By Piece: Selecting Materials To Build Your Timber Frame Pavillion

Why Are Area Rugs Better Decor Element Than Wall-to-wall Carpets?

Guy Keenan·November 15, 2022
There are no comments yet No comments