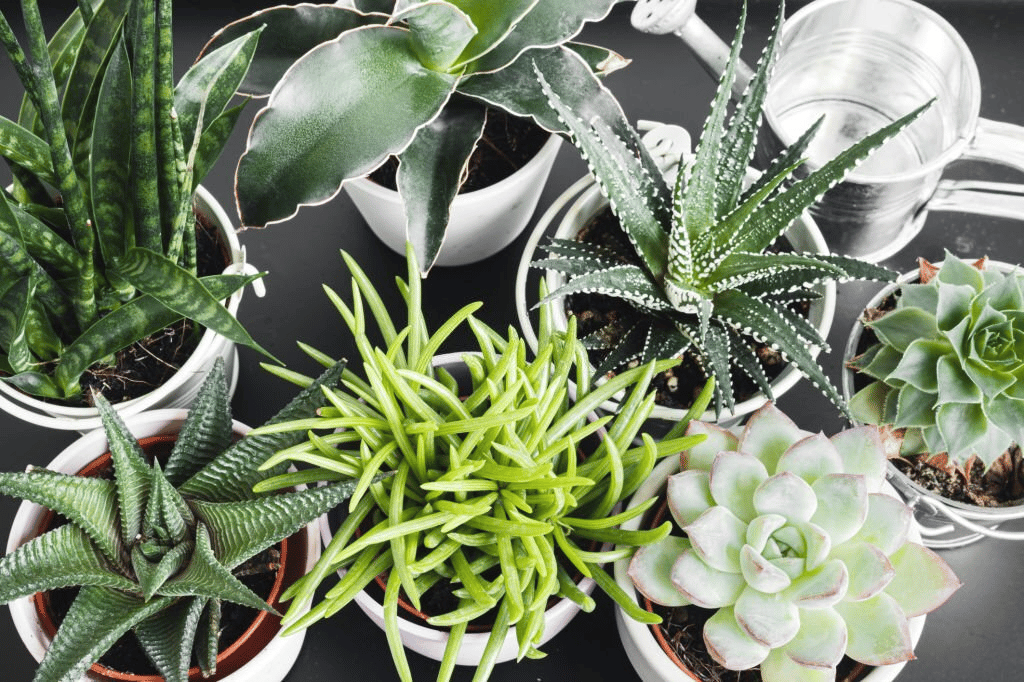 Senecio barbertonicus is a popular plant for use in rock gardens and xeriscaping. It is drought-tolerant and can thrive in poor, rocky soils. If you are interested in growing this plant in your home, this post will help you.

Benefit From Caring A Senecio barbertonicus

Senecio barbertonicus, or the Succulent Bush Senecio, is an evergreen that can enhance the overall diversity of your home garden and succulent collection. It has light-green leaves that point upward. This succulent belongs to the herbaceous family Asteraceae.
The key advantage of this plant is that it is low maintenance. It is a houseplant that can be grown by new gardeners who are still learning the ropes of succulent gardening. It’s an excellent ornamental canopy worth investing your time and effort in.

The Senecio barbertonicus is a type of flowering succulent. The plant is named after the town of Barberton in South Africa’s Mpumalanga province, where it is found growing in rocky outcrops. Similar to trachyandra tortilis, before it was domesticated, the Senecio barbertonicus was a ubiquitous shrub in the grasslands of Southern Africa. It is widely present in regions ranging from Mozambique, Swaziland, and Zimbabwe. The plant grows at 110 ft. to 5,500 ft. elevations.

Growing for the Senecio barbertonicus isn’t a difficult task. You simply need to know the nature of this plant so that you can apply appropriate care to it.

Senecio barbertonicus is both an outdoor and indoor plant. The reason for this is simple. This succulent naturally grows in grasslands, rocky plains, and dry areas. But at the same time, you can also grow it indoors and make it as a houseplant. After all, it doesn’t require extremely controlled settings for it to thrive.

Is Senecio barbertonicus toxic to humans? The answer is yes. But this only happens if you ingest the plant. It’s recommended that you grow these plants somewhere that your babies or toddlers can’t reach.
Is Senecio barbertonicus poisonous to cats and dogs? There are cases where animals ate this succulent and didn’t get poisoned. However, there’s always a possibility for housepets (i.e., cats and dogs) to suffer poisoning from ingesting this plant.

A succulent or cactus mix works well for the Senecio barbertonicus. Fortunately, these amenities are available in most garden stores. Alternatively, you can create your mix by combining perlite, coarse sand, and potting soil. Each should have an equal amount.

Drainage is important for the succulent. Hence, the inclusion of gravel and coarse sand in the mix is essential for preventing the soil from being too dense. Don’t use potting soil that has fertilizer; it could ruin the plant.

The quality of this succulent shines best where there’s indirect sunlight. Specifically, you need to place them where the sun is bright and plentiful for at least six hours a day.
If you are growing the plant indoors, you should place it in areas near windows. Morning and afternoon sunlight is good for the succulent. But make sure that you keep it away from the noontime sun because extreme heat could damage it. As much as possible, don’t put the succulent in fully shaded areas.

Over-fertilizing the Senecio barbertonicus succulents is damaging. Apply a well-balanced liquid fertilizer to its soil once a month. Like trachyanda tortilis, just make sure that you don’t scatter the fertilizer on the succulent’s leaves because it can cause rotting.

Senecio barbertonicus doesn’t tolerate nitrogen. Nitrogen speeds up the growth of the plant’s leaves, making them fragile and thin. Avoid fertilizing the plant during the cold seasons since it could make them prone to diseases.

Cut or break portions of the pot where the hole can pass through. Clay pots or terracottas are great for potting and repotting because they can dry the soil faster.

When repotting multiple succulents in a single container, it is recommended that you arrange them by height. In this way, none of them can tower to one other, resulting in sunlight deprivation. Space them adequately, as well, so that their leaves won’t turn brown or yellow.

The proper potting and repotting of Succulent barbertonicus requires filling the plant with soil mix. Press the soil gently for better contact with the plant’s roots.

Pruning can prevent the plant from overgrowing. It’s not good for the Senecio barbertonicus to become too spindly and tall. Same as rose of jericho, moreover, pruning can foster the growth of the plant. Don’t worry if the plant looks dwindled after you take its branches.
Proper pruning requires you to cut its stem–just slightly above its leaf node. We recommend that you prune every spring for healthier plant growth.

Keep in mind that Senecio succulents naturally grow in arid regions. Hence, they aren’t good when the area is too humid. Make sure that the existing moisture is below 40 percent. Too much moisture can rot the plant entirely.

Propagating Senecio succulents is a great way to create new plants and fill up your garden. Fortunately, these plants are easy to propagate, and they are very versatile. Learn the correct succulent bush Senecio propagation here.

Contrary to popular belief, you can’t propagate Senecio succulents in a watery substrate. As repeatedly mentioned, this species of plant isn’t tolerant to excessive water exposure. Hence, water propagation should be disqualified.

Instead, you can propagate the plant by either seeds or cuttings. These are the recommended methods to ensure that the plant grows in number healthily.

The primary method of propagating Senecio succulents is through cutting. You can do this task during summer or late spring. Here’s how to do it:

Alternatively, you can also propagate Senecio barbertonicus through seeding. Follow the instructions below:

1. Gather seeds from the succulents once they start to produce them.
2. Fill a pot with succulent mix and sow the seeds there.
3. Water the soil until it is sufficiently moist. Don’t overwater it.
4. After that, put the pot in an area where there’s indirect sunlight. Avoid direct sunlight exposure.

Senecio succulents are durable and don’t usually suffer from diseases and other health issues. However, certain problems can still occur.

This succulent can die because of the following reasons:

Cause #1: Not watering enough
Solution: Make sure that the plant receives enough water every month.

Cause #2: Using the wrong soil
Solution: Senecio succulents should only be planted on the correct soil

Cause #3: Using pots with no drainage hole
To avoid water-related rotting, make sure that the plants are inserted into holed pots.

Cause #4: Not sufficient light.
Solution: Place the plant in areas with indirect sunlight for at least six hours a day.

If you notice that the leaves of the Senecio succulent are falling off, this is a sign that the plant is not receiving enough water.
As recommended, the plant should be watered moderately at least once a week every summer and once every month during winter.

How Much Does Senecio barbertonicus Cost?

Senecio barbertonicus succulents have varying prices on the market. Just as philodendron luxurians, its lowest average price is around $5 to $10 a piece.

However, its price could get as high as $30 or more, depending on the variant, style, and color.

Where to Buy Senecio barbertonicus?

Senecio barbertonicus isn’t actually rare. Even your local gardens are selling them. For instance, the Himalaya Senecio cephalophorus in IKEA is proof that there’s no scarcity of this plant.

Senecio barbertonicus is an excellent succulent that you can grow outdoors and indoors. Here’s how to do it.

We hope that you found this succulent grow guide useful!