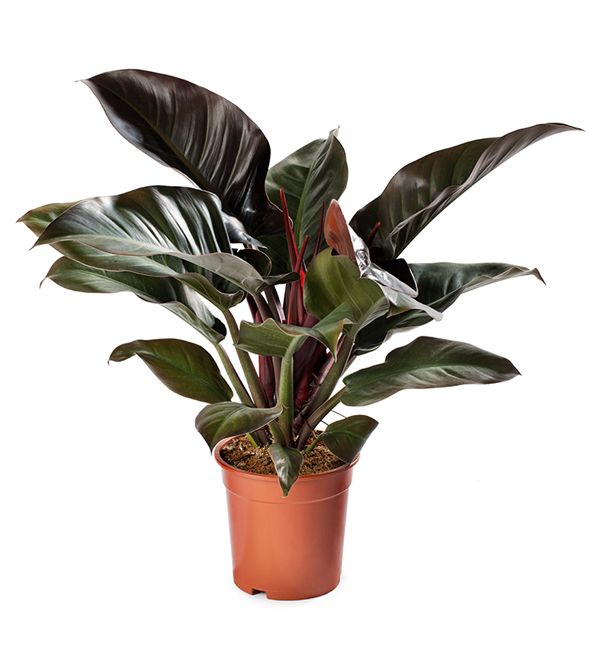 Is philodendron imperial red one of your household’s favorite plants? If yes, you must be excited to learn tips on caring for your plant. This species produces magnificent wide-ridged, waxy leaves if well cared for.

If you’re ready to transform your home with this beautiful collection, keep reading as we uncover useful tips and tricks to enjoying the best out of your Philodendron imperial red plant.

What is philodendron imperial red?

Philodendron imperial red is a significant tropical plant known for its large oval-shaped glossy leaves that change color from maroon to pink to emerald green. Similar to rose of jericho, the plant is a native of South and Central America, but today it’s easy to grow and manage indoors.

In differentiating between ‘imperial red’ and ‘rojo congo,’ the later has wider and broader leaves, while the former has elongated bright green leaves.

What is Philodendron Red Emerald?

Philodendron red emerald is a climbing household philodendron with elongated heart-shaped leaves unique for its rich red wine-colored stems. Although the plant is rare, it grows naturally and can be found in the rainforest of Colombia.

You shouldn’t confuse a philodendron red emerald with imperial red, even though they both have similarly shaped leaves and red vines. While red emerald is a climbing variety of Philodendron, imperial red has short and bush-like leaves.

Although your philodendron imperial red is a rare variety of Philodendron, it grows in abundance in its natural habitat. It is highly demanded due to its glossy changing color leaves, durability, and purification qualities.

Is Philodendron Imperial Red a Hybrid

The philodendron imperial red plant is an evergreen cultivar perennial variety of Philodendron. It has a bushy-like habit and can climb, especially when a moss pole is provided to support its stem.

Like all other philodendron plants in the Araceae family, the philodendron imperial red plant is toxic to humans and pets. Like philodendron luxurians, the presence of calcium oxalate in the plant makes it toxic and dangerous when chewed.

How Big Does Philodendron Imperial Red Get

Imperial red philodendron plant care requires conditions that allow the plant to thrive, just like in the tropics. It entails exposing the plant to indirect sunlight in a warm, humid environment while keeping the soil dry and not too wet.

Although the imperial red Philodendron thrives in lower light, it grows faster and better when exposed to medium light. The easiest way to meet the light needs of your Philo imperial red plant is by keeping it facing the north or east view of your window, where the morning sun isn’t too harsh.

The Imperial Red Philo plant requires porous and quick-draining soil to prevent its roots from remaining in the water, thereby killing the plant. The best soil pH is between 6 to 6.5 or slightly acidic, and it should contain some nutrients to help nourish your plant.

A commercial cactus soil mix with some extra peat moss added and compost to loosen the soil is best for your plant. You can mix your soil by adding equal volumes of potting soil or compost, peat moss, perlite, or coco coir.

Keep your Imperial Red Philo plant moist but only wet when the soil feels slightly dry. Your plant’s water needs are best met with rainwater or distilled water. Philodendron imperial red plant’s need for water slows down during the dormant phase (winter) and uses less water when active.

Imperial red philodendron plants love the warm air and are best found in tropical regions. The average temperature favors its growth ranges from 65 – 80°F (18 – 27°C) and should be kept in bright but indirect light. Also, it tolerates low humidity but will do better above 50%.

During your plant’s growing season (spring and summer), feed it with a well-balanced fertilizer with a ratio of 10-10-10 every month to make it grow faster. In winter (dormant season), your imperial red Philodendron will rarely need fertilizer.

How to Propagate Philodendron Imperial Red

Although experts use tissue culture to propagate philodendron imperial red, you can easily use stem cuttings and air layering to do that at home. Same as philo lupinum, stem cutting is one of the most common techniques to use. And when using this method, ensure to use a sharp, sterile knife to prevent plant infection. Also, ensure the potting mix is readily available before proceeding.

Air layering is the other most common and easiest way to propagate your Philo imperial red plant. The technique follows;

Philodendron imperial red flowers/leave turning brown could indicate too much light, overwatering, or fertilizer burn. Since you might not be able to ascertain the exact cause, it’s best to change the potting mixture for a better result.

The most common reason your Philodendron imperial red leaves turn yellow is overwatering or pests. It’s only best to wet your plant when 25% of the topsoil is in the pot to keep the soil damp rather than wet.

If your Philodendron imperial red plant is drooping after propagation, it could be due to overwatering or underwater. Just as philo camposportoanum, just check and apply water appropriately, as discussed earlier. Another reason it isn’t growing could be insufficient light. Expose it to indirect sunlight.

How Much Does Philodendron Imperial Red Cost?

A red imperial philodendron plant price is around $30-$150 (21-105 euros) plus shipping cost. However, the plant is somewhat scarce in the US and Europe but extremely popular in places such as Indonesia, the Philippines, and Thailand. That is why the plant is shipped to other locations.

Other Rare But Easy to Grow Philodendron Indoor Plants

A few rare hybrids of the philodendron variety are closely related to imperial red, are easy to grow, and have similar care requirements, growing to about the same size.

Philodendron rince of Orange is a bright and unique Philodendron with stunning leaves that changes color with time. While imperial red requires moist, well-drained soil, the prince of orange can thrive in various soil conditions.

Philodendron Black Cardinal is a Philodendron with deep red to brown foliage and wide oval leaves that begin with burgundy color and gradually turn blackish green or dark brown. It has an overall larger plant size compared to imperial red.

Your red imperial plant is a fascinating variety of Philodendron because it is durable and easy to manage. Its purification qualities also make it desirable. Red imperial philodendron care requires indirect light, a humid environment, watering, etc. In addition, if you strictly follow our guide, you’ll discover the plant is easy to grow and manage.