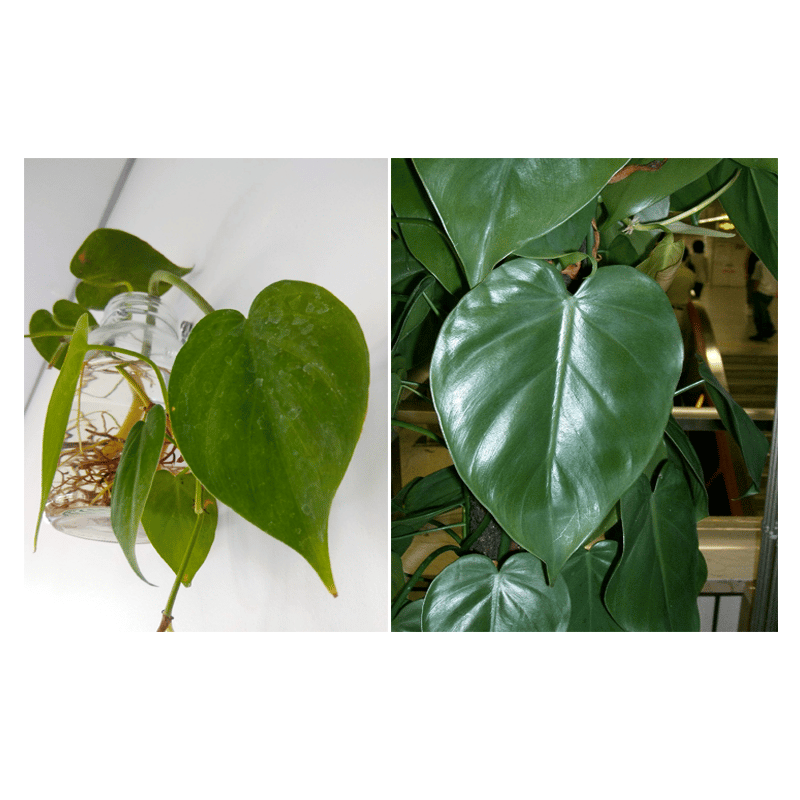 Philodendrons have an excellent reputation when it comes to enhancing air quality inside homes. But they’re also sought-after because of their stunning foliage and low-maintenance care requirements. Philodendron cordatum is one of the varieties of this well-reputed plant, and if you have one, here’s how you can ensure its healthy growth.

Is Philodendron Cordatum the Same as Heartleaf?

Both the heartleaf philodendron and philodendron cordatum flower, but they differ in terms of their leaf color. Cordatum has lighter and less veiny foliage, while heartleaf has darker leaves and more pronounced veins.

Philodendron cordatum grows in tropical America, particularly near Rio de Janeiro in Southeastern Brazil. It’s a species under the Araceae philodendron family, known for its low maintenance (as with the other philodendron varieties). This plant species has many variants, such as philo cordatum green, lemon lime, neon, and many others.

Depending on your preferences, getting a philodendron cordatum variegata would be great for its appearance. Sweetheart vines are typically non-fussy. They grow well in well-draining soil that can trap moisture at the right pace.

Philodendron cordatum plants belong to the vining or trailing type, and you can maximize its vining ability by giving them a moss pole.

Cordatums also love being showered with bright diffused light in areas with temperature ranges of 18° to 26° C. Placing it near a window may help your plant grow well, provided that you water it regularly.

The philodendron cordatum plant can be considered uncommon due to a lack of proper care (which may stem from lacking details about the species).

Is philodendron cordatum an indoor plant?

Although not usually found inside homes, indoor philodendron cordatum plants are gaining popularity in recent years. It’s somewhat rare to use as an indoor plant due to its toxic properties.

Is philodendron cordatum easy to grow?

Definitely, yes. Based on philodendron cordatum growth rate, their leaves can become as long as 10-inches with stems up to 4 feet long in their natural habitat. As an indoor houseplant, the leaves can be as wide as 2 to 3 inches.

Is philodendron cordatum a climber or a creeper?

Philodendron cordatum is a climbing plant, making it one of the most suitable choices in decorating home interiors. Pairing your plant with a moss pole is a good tactic to make use of its climbing characteristics.

Is the philodendron cordatum toxic?

As mentioned, the sweetheart vine is toxic due to its chemical oxalates. These are needle-like crystals that can cause pain when chewed. Keeping the plant away from children or pets who may be tempted to swallow the plant’s parts would be for the best.

How to Care For Philodendron Cordatum

Philodendron cordatum plants are ideally placed in areas with bright indirect light. In case of low-light conditions, using artificial light with fluorescent or bulbs would be good. Sweetheart vines can live in low-light areas but with slower growth.

To ensure good growth for your philodendron cordatum, mixing perlite, peat, wood bark, and sphagnum is one of the ways to do so. These materials make up for a well-draining potting mix, which ensures enough moisture for your plant but does not trap water that may damage it.

You just need to ensure that your plant’s roots are well-moistened but ensure that you don’t give it too much water. Rainwater is the best type of water you can use for your philodendron cordatum, but tap water works just as fine.

It’s recommended to feed your philodendron cordatum half-strength diluted slow-release fertilizer every 2 weeks. Do this every spring and summer because these are the times when your plant grows more quickly. If you want to feed it in fall or winter, limit it to one or two times.

Repotting should be done once your sweetheart vine starts to grow bigger than its pot. Ensure that you get a pot one size bigger with plenty of drainage holes. Use a new potting mix and check for root damage before transferring the plant to its new container.

Since the philodendron cordatum plant is native to tropical areas, its ideal temperature conditions range from 18° to 30° C. Never let the temperature go lower than 10° C to ensure good plant growth at night. It needs high levels of humidity, which you can give using a humidifier.

Pruning your philodendron cordatum at regular intervals is much needed due to its climbing characteristic and quick growth. Doing so helps keep its shape and spread. Cut off all damaged leaves and branches. If you prefer, you can also start propagating your plant while you’re at it.

How To Propagate Philodendron Cordatum

Philodendron cordatum propagation can be done in many ways, with seed propagation being one of the rarely used methods. This is because this plant flowers only after 15 years in its mature state, making it uncommon. Plus, it takes too long. If you, fortunately, have its seeds, it’s pretty easy to plant them.

If you want to use stem cuttings, ensure to pick a mature branch from the plant. Cut it to your preferred length, ensuring that a node and a leaf are present in the cutting. Dip the stem into a rooting medium and position it in a warm environment. Once the cutting has started to sprout roots, transfer it to a pot and provide it with its ideal care requirements.

Propagating your philodendron cordatum in just water goes about the same steps as you would do in planting a stem cutting. The only difference is that you need to secure at least two nodes and 2-3 leaves in the stem that you cut, placing it in a jar with regularly changed water.

If your philodendron cordatum is exposed to a water-saturated potting mix, it may lead to root rot and make your plant die. Signs include yellowing and drooping leaves, with blackish hues emerging gradually. You can save it by ensuring to use well-draining soil coupled with pots that have good drainage. Cut away all rotten roots and replant.

How Much Does Philodendron Cordatum Cost?

Philodendron cordatum prices go from US$ 10 to US$ 35 on average. This is true for online selling platforms like Amazon and Etsy. However, the per-piece price may also vary depending on the seller and the variety that you want.

Among the philodendron cordatum types, the Brasil variant is characterized by the yellow streak found on its foliage. Prices go from US$ 8 to US$ 19 on average on Amazon.

Named after its bright yellow to chartreuse color, the philodendron cordatum lemon lime is another popular variant you can try. Prices go from US$ 11 to US$ 40 depending on their maturity and seller.

Although highly similar in appearance to the philodendron cordatum lemon lime variant, this neon philodendron has lighter and brighter foliage than the other. Prices may vary between US$ 10 to US$ 40+ on Etsy.

Where To Buy Philodendron Cordatum

There are as many as 450 philodendron species available on the planet, and more often than not, it gets pretty challenging to identify which is which. Popular houseplants are philodendron Xanadu, Brasil, and Moonlight, while the rarest is the philodendron Spiritus Sancti.

You can distinguish a hederaceum (heartleaf philodendron) plant from a cordatum by examining the leaves. Usually, hederaceum leaves are darker. Their veins are also more noticeable than that of a cordatum. Hederaceum philodendrons are native to Central America, as opposed to the South American origin of the cordatum plant.

Although both plants have heart-shaped leaves, the ones of pothos are far less noticeable than that of cordatum. Pothos leaves are also thicker and more waxy than philodendron cordatum leaves.

Did you know that philodendron scandens is another name for philodendron hederaceum (heart-leaf philodendron)? As such, it differs from a cordatum in terms of foliage color and origin.

Philodendron cordatum is a lesser-known houseplant not commonly found in homes for its toxicity. However, this philodendron species is great for interior decoration, especially since it’s a low-maintenance trailing plant. Give it its best conditions and take advantage of its attractive heart-like leaves today.