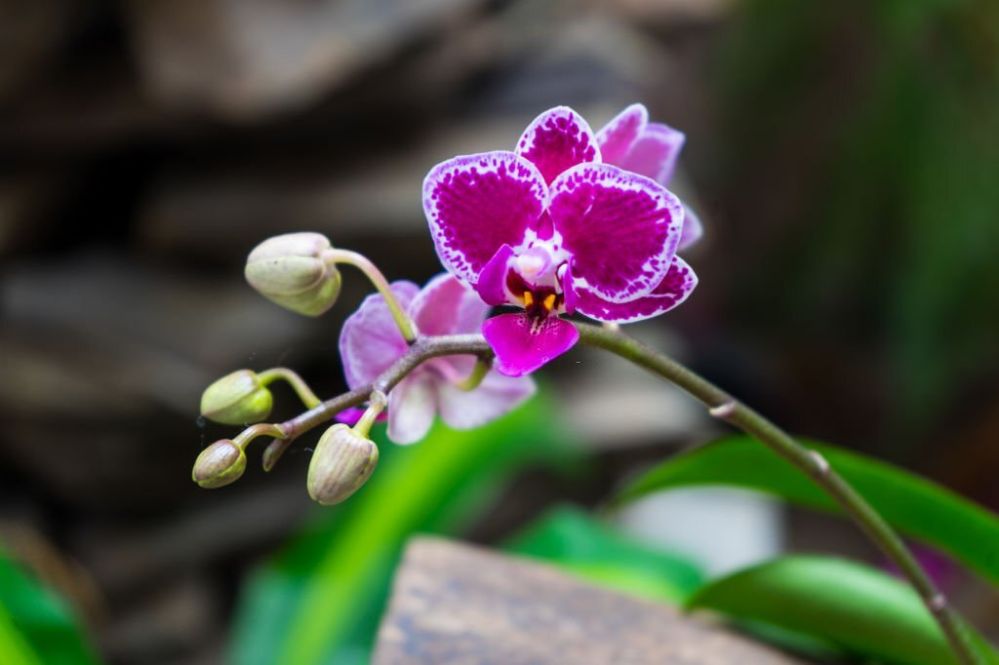 The supple yet stunning appearance of the Cattleya trianae, or Christmas Orchid, is among the reasons why it is a well-sought garden plant. If you are planning to grow and propagate this plant, you need to read this entire “Flor de Mayo” growing course. Interested? Then read on.

The Cattleya trianae is a simple yet immersive orchid variant with succulent leaves. It features numerous colors, such as red, blue, and yellow. Despite its fragile appearance, growing and maintaining this plant are something that any plant grower can do.

Cattleya trianae, also known as the Easter orchid, is a tropical epiphytic orchid species. Similar to crispy wave fern, it is one of the most popular cattleya species and is cultivated for its large and showy flowers. The flowers are typically pale to medium purple and have a delicate, sweet fragrance.

Cattleya trianae is called “Christmas Orchid” due to the time that it blooms. It usually occurs in December, or during the festive Christmas season. Aside from Christmas Orchid, this plant is also called Flor de Mayo.

Cattleya trianae is a native orchid species to Colombia. But it can also be found in other countries like Venezuela and Ecuador.

It is a large, showy plant with fragrant flowers that bloom in various colors, from pale pink to vibrant purple. The flowers are long-lasting, and the plant is relatively easy to care for, making it a popular choice for both beginners and experienced growers alike.

The colombian flower Cattleya belongs to the family Orchidaceae and has rich national importance. It is endemic to Colombia, which is among the reasons why it has been the national flower of Colombia since 1936. At the same time, the flower is named after José Jerónimo Triana, a 19th century Colombian botanist.

Here are the basic information about the Cattleya trianae:

Cattleya orchids are one of the most popular orchid variants, and for a good reason. Like cebu blue pothos, they’re beautiful, easy to care for and make great houseplants. Typically, its growth stage starts at seed production and cycles in flowering and seed reproduction.

However, like all orchids, they can sometimes have problems blooming or growing. As a Christmas Orchid owner, here are a few Cattleya care tips that I want you to try.

How Long Do Cattleya trianae Last?

How Long Does It Take a Cattleya trianae to Bloom?

The Cattleya trianae is an orchid that blooms twice a year. This means that the distance between each blooming season is about six months or so. With proper care to the orchid, you can achieve this frequency.

How Many Times a Year Do Cattleya trianae Bloom

On average, the Cattleya trianae grows two to three flowers per stem. Furthermore, this particular orchid may bloom once or twice annually. Once it starts to bloom, the flower remains for at least a month.

What Color Should Cattleya Leaves Be?

While the flowers of the Cattleya orchid are colorful, its foliage should remain green–specifically, apple green. If the leaves are dark, then the plant receives little sunlight. If the leaves are yellowish, that’s a tell-tale sign that the plant has been subjected to excessive sun exposure.

Similar to other orchids, the Cattleya trianae doesn’t grow in soil. Same as begonia amphioxus, instead, you should plant them in clay aggregates, fir barks, or coir chips. These substrates enable proper air circulation to the roots of the plant. Alternatively, a commercial, orchid-specific mix can be used for growing Cattleya orchids. This mix may consist of clay pellets, fern fiber, gravel, and horticultural charcoal.

The Cattleya trianae is a flowering plant that you can grow even if you are still new to gardening. Learn the essential care details for this plant in the following sections.

Are Cattleya Trianae Easy to Grow?

The Christmas Orchid is an easy-to-grow plant–similar to most orchids. But for it to grow properly, the plant requires the following: ideal lighting conditions, relatively high temperature, a quick-draining mix, and a humid environment. Once these conditions are present, you can witness the spectacular blooming of its flowers.

While this is an amusing question, it has some logical merits. Bathrooms are naturally humid and warm, especially if you frequently do hot showers. They don’t usually receive too much sunlight. These are the perfect conditions for the Cattleya trianae to grow. So yes. This orchid likes bathrooms.

How Fast Do Christmas Orchids Grow?

The growth rate of the plant is moderately fast. Proof of that is that you must repot the plant every two years (during spring) to accommodate the growth of new roots. Meanwhile, the plant’s flowers grow twice a year, with one of them during the Christmas season.
Where to Put Christmas Orchids Outside?
Orchids enjoy the outdoors. But it doesn’t mean you can just leave it without any protection from the elements. Make sure to place the plant under the shady portion of your property, such as an awning or roof. Also, don’t forget to position the plant where it can receive adequate breeze.

There are specific conditions that could help foster the further growth of Cattleya trianae. Check them below.

How to water Cattleya orchids? To water the orchid, make sure to do it thoroughly so that the foliage gets wet, as well.. The water should be able to be emptied on the drainage holes–if there are any. I recommend that you water during the morning so that the light can dry the leaves.

The correct temperature and humidity will help the Cattleya orchids to thrive and bloom. Specifically, the ideal temperature for the plant is about 70 to 80 degrees Fahrenheit during the morning. In the evening, it should be 50 to 60 Fahrenheit.

Keep in mind that low temperatures can actually kill the orchid. Meanwhile, the plant may tolerate higher temperatures, but make sure that its surroundings offer ample air circulation and humidity.

Speaking of, the humidity level for the Christmas Orchid is 50 to 70 percent. You can improve the humidity for the plant by putting its containers in another tray filled with water and pebbles.

The Christmas Orchid doesn’t need direct sunlight for it to grow. Instead, bright but indirect sunlight should be enough for the plant. If you grow this orchid indoors, make sure that you place it in front of a west- or east-facing window. These are the spots where the plant can bask under the sun safely.

However, you need to remove the plant from that position during noontime or any period when the sun is too harsh. Oppositely, the plant’s foliage will grow darker if it doesn’t receive enough sunlight.

The Cattleya trianae can survive without fertilizers. The plant can still bloom beautiful flowers without it. Just as aster white flower, however, there’s nothing wrong if you feed it with small amounts of nutrients regularly. It would boost the survivability of the plant, as well as its ability to bloom for many years.

Growers suggest using a well-balanced orchid fertilizer. Apply the fertilizer during or after watering. Just a quarter strength of the fertilizer is enough. Excessive fertilizing can prevent the plant from growing stems that could bloom flowers.
Christmas Orchid Potting & Repotting

You may not re-pot the Cattleya Orchid frequently. The reason for this is that its roots don’t want to be disturbed. Hence, I strongly recommend that you only re-pot the plant if there’s no other choice. If its roots extend outside its container, that’s a sign to re-pot the plant.

You should also repot the orchid if its growing medium doesn’t drain water anymore. On average, you should only re-pot every two years. When choosing a pot, make sure that it is bigger and features multiple drainage holes. The Cattleya potting recipe should be a growing mix crafted for orchids.

Pruning is an essential part of Cattleya orchid care after flowering. If you want to prune your orchids, you need to do the following:

Where to Buy Cattleya trianae

The Cattleya trianae isn’t exactly a rare orchid. Hence, there’s a good chance that you can buy it in your local orchid gardens. If it is not available, then there are several onlines that put up Christmas Orchids for sale.

How to Grow and Care For Cattleya trianae: In Summary

The Cattleya trianae is arguably one of the most beautiful orchids out there, especially if its flowers bloom. Fortunately enough, taking care of the Christmas Orchid is not a task meant for expert orchid growers only. By following the Cattleya trianae care tips I’ve listed here, you will be able to grow this plant, as well.